The American fashion industry has a number of specialized Arab designers who played a role in the early development of mass clothing production. 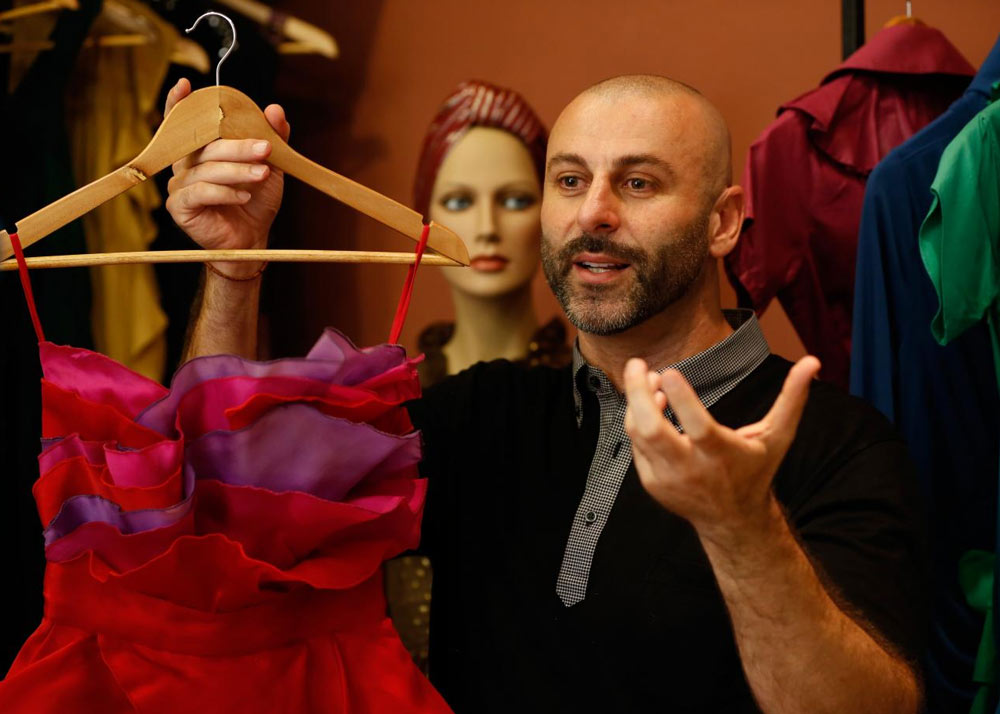 One of our Arab-American fashion designers who's made a name for himself on the international market is Rami Kashou. Kashou's career catapulted when he appeared on "Project Runway" where his unique style of draping was recognized, and he has since featured in high-end fashion magazines such as Vogue and Elle.

His humble beginnings in Palestine eventually led to the successful career which he has today. Kashou designs for celebrities and royals, including Queen Rania of Jordan, Jennifer Lopez, and Jessica Alba. Gigi and Bella Hadid are Arab-American sisters whose contribution to the fashion industry is through their modeling. The two sisters have modeled for several high-end designers and have made a name for themselves as top runway models and photographic models. The have both featured on the covers of the most glamorous fashion magazines and walked the runway for the Marc Jacobs, Chanel, and Tommy Hilfiger collections.

Nadia Aboulhosn started off as a model for American Apparel and moved on to becoming a designer. She now works as a plus-size clothing designer, which is great for her, as she can design items for women of all shapes and sizes and from different ethnic backgrounds. She designs the plus-size ranges for BooHoo, Addition Elle, and Lord & Taylor clothing lines. She has an important role in the fashion industry to promote fashion for women of color and fuller-figured women. Aboulhosn's work is admired by women seeking diversity in the fashion world today.

Other Arab-Americans who have made an impact in the fashion industry include Caroline Seikaly, a couture designer, Reem Acra – a talented wedding dress designer, and Rima Fakih, a former Miss U.S.A. who is now a model. Then there is Dareen Hakim, who designs unique purses, and Joseph Abboud, a designer of men's fashion wear. For Americans, the fashion industry is one of our "highest profit generating industries," one in which Arab-Americans will play an even bigger role than what they already do, as they bring forward more new, innovative approaches to fashion.