Michael Jackson and the Middle East

He was one of the first entertainers to cross cultural boundaries in the 1980's and opened up the Arab world to American pop music and culture. 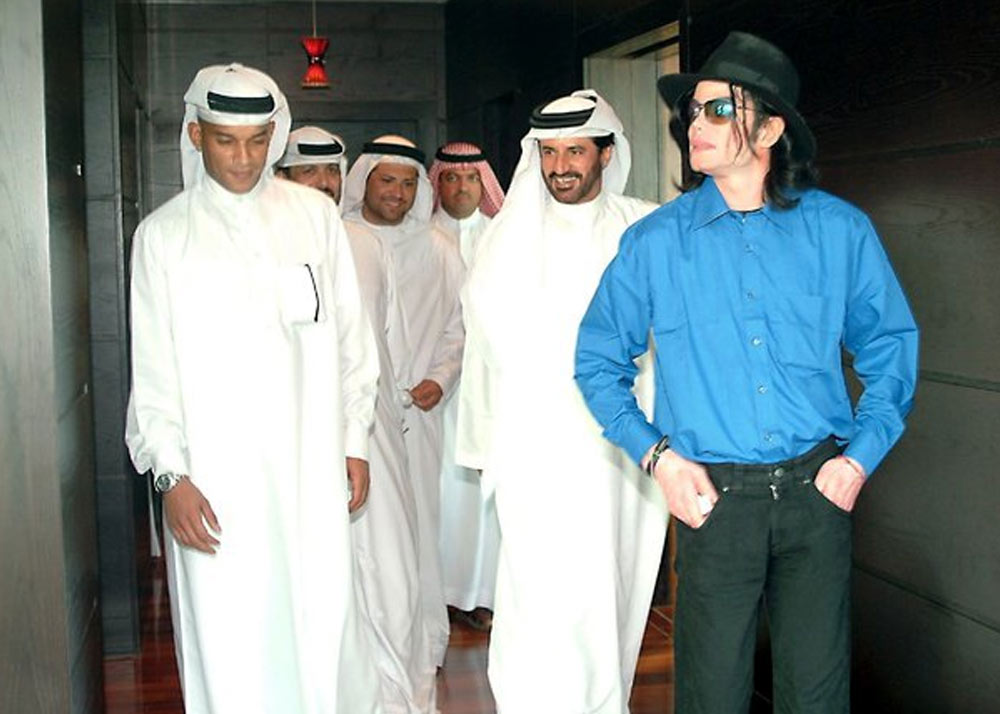 Michael Jackson's death in 2009 sent a shockwave of grief throughout the world. The King of Pop, dead at 50. People didn't believe the headlines, fans mourned his passing like that of a family member, there were even cases of fans committing suicide because they simply couldn't live on.

The outpouring of grief from the Muslim world and Arabs in particular has also shown what a global fan base Jackson truly had. Many in the Middle East remembered Jackson as he was in the 80's and early 90's; a dazzling singer and dancer, the man who invented the moonwalk and would forever change the way that pop music was not only sung in America, but also in the Arab world.

He was one of the first entertainers to cross cultural boundaries in the 1980's and opened up the Arab world to American pop music and culture. His signature single white glove and fashion sense was copied the world over, and the Middle East was not left behind in the world's awe of the king of pop.

Jackson had a long and albeit confusing relationship with the Arab community. He moved to Bahrain in 2005 shortly after he was acquitted of child molestation charges, and lived as a guest of Sheikh Abdulla, a close friend at the time, in the lap of luxury. They had a falling out in 2008, however, but even so, the Sheikh mourned Jackson's death and called it a tragic loss to the music industry.

There were also persistent rumors that Jackson had converted to Islam later in life, but that was never substantiated. This didn't stop some Muslim fans, however, from claiming Jackson as one of their own, and many even thought a song called "Give Thanks to Allah" was recorded by him, but the rumors were never proven. Jermaine Jackson's (Michael's brother,) conversion to Islam also reignited the rumors, as Jermaine had said that his brother had shown an interest in the religion. This was never confirmed though, and many Muslims waited to see if Jackson would receive a proper Islamic burial to find out in death what could not be substantiated in life.

"Like young people elsewhere around the world, many Muslims simply loved Michael, for his gentle persona, his raw talent, or the pop culture seed planted in their subconscious." Shakir added that "Michael was an icon, a pain-filled, troubled icon, and like many of comparable stature before him, and inevitably many after him, his fall was sudden and unexpected."

Whether he was or wasn't a Muslim, it doesn't seem to deter the impact that Michael Jackson had on the Arab world. Many in the Arab world agree that while the embittered pop star seemed eccentric and sad at times, he was a powerful musician whose music has stood the test of time. He was an icon in every sense of the word and drew the world together with his infectious tunes, unbelievable footwork, and in the end, with his untimely death.