How To Tell If A Woman Likes You

Learn to recognize the signs that a woman is interested in you. Read this and you will begin to understand the subtle ways in which women sometime communicate; and also know when it's just not meant to be. 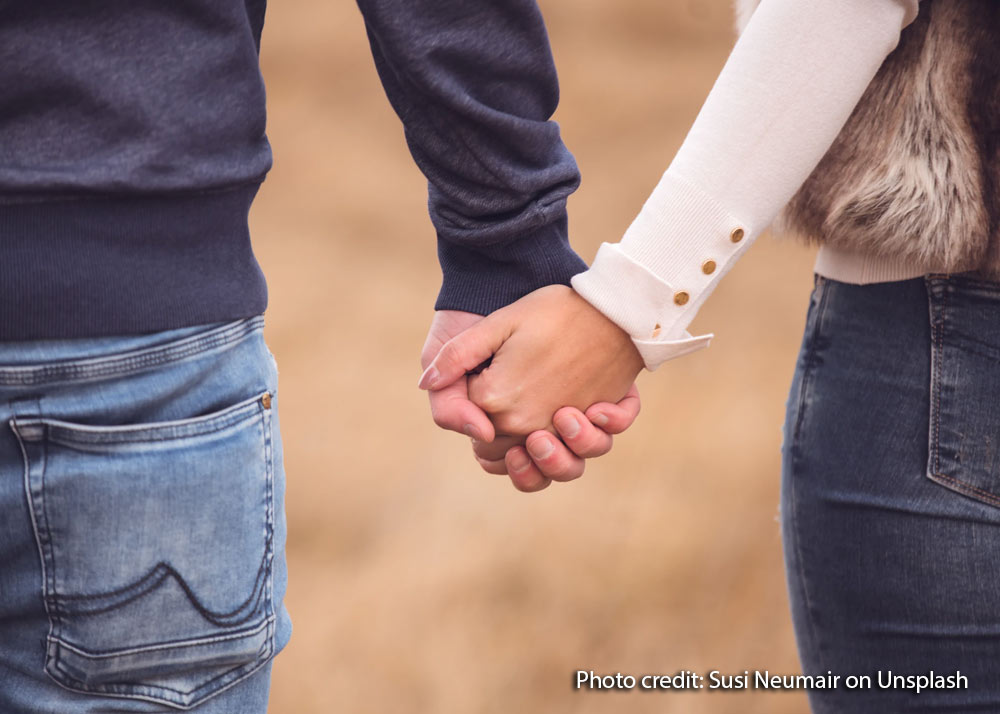 In today's world, all of the rules of a man initiating a date with a woman are pretty much out the window. Women can and will make the first move sometimes, but other times they leave it up to tradition. Men are expected to strike up the conversation then ask the lady for her number then call her then ask her out. It gets exhausting, and you don't even know if she likes you for sure.

You might become the weirdo stalking her if she isn't into you. Sometimes a man just cannot take cues that a woman isn't interested. Other times, the woman is totally into him and he's totally clueless. If you're lost trying to figure out a woman's cues, we've got all you need to know about how to tell if a woman likes you.

Signals She Is Into You

When you're trying to gauge a woman's interest, check out the physical signs a woman is interested in you. There are dozens of signals that experts swear women send with their body. Most men are too busy thinking of a sly thing to say or sipping their drink in a sexy way to pick up on these cues. Women may do some of these moves subconsciously, but they do tend to show off with flirty body moves. Some of these signals include:

A woman might do a combination of these signs or just a few of them. A really direct woman might she off move of her neck or lick her lips to signal you. Follow her cues by initiating a conversation. If she's interested, she'll do more of the signals as she talks to you. If she isn't interested, you'll notice her turning away or seeming disinterested in your chat. It's okay if you misread her signals. There are plenty of other fish in the sea, so don't give up.

If she isn't interested, you'll notice her turning away or seeming disinterested in your chat.

Putting Signals In The Correct Context

These signals are great signs a woman is attracted to you, but you must put them into the correct context. A woman may laugh when you talk or tilt her head towards you, but that could just be a part of her personality. Dig a little deeper into these signals.

If a woman at the grocery store touches your arm and laughs at something you say, it doesn't mean she wants to marry you. She might just be a friendly person. If this same woman isn't usually like that in everyday life, she is probably into you.

You'll know how to tell if a woman is attracted to you by putting her signals into the correct context. Even if you've just met her, you can usually pick up on flirty versus friendly tones. Some women are harder to read, but you can still put their small signals into context.

You'll know how to tell if a woman is attracted to you by putting her signals into the correct context. Even if you've just met her, you can usually pick up on flirty versus friendly tones.

Don't Fall For One Signal

Let a woman make more than one signal before you jump to the conclusion she wants to go home with you. One signal may mean she is just expressing an initial attraction. She might be open to you making that first move, but she may just want a little conversation or a dance. This doesn't mean she wants anything more right now.

Small body language hints and sweet gestures are signs a woman is interested, but you should still tread lightly. Go ahead and ask for that phone number. You can even ask her on a date, but don't push the subject. She might want to talk a lot first. Once you get to know one another, you can look for more signals.

She also might smile at you, but have no interest in you. Don't make any moves until she sends off more signals.

Let her lead the way with signals. Even if you're trying to figure out how to tell if a younger woman is interested in you, it's all about following her signals no matter the age or type of woman. She may lead the conversation or talk about future dates. This is a definite sign she is into you. She's showing you with her signals that she's into another date. She might simply tell you that she had a great time and can't wait for your next date.

She may lead the conversation or talk about future dates. This is a definite sign she is into you. She's showing you with her signals that she's into another date.

Sometimes this seems like a bit of a game. She'll give you signals then you follow these signals until way after you're married. Sometimes this all happens and you still break up. The most important thing is to let her lead the way with signals. Unless she's super feminist, she probably won't hit on you first.

You've figured out the signs of attraction from a woman, but do you know how to tell she isn't interested at all? Yes, there are women out there that tease and will lead you on. Others will flat out show they aren't interested, yet some men don't get the hint.

If you go up to a woman and she isn't giving you any eye contact, move on. If you're trying to make small talk and she's paying attention to her phone, she isn't interested in you. Some women will stand there polite while you do your thing, but they will send subtle hints.

Some guys think she's just being tough. If she was into you, she would send a definite sign. She might be shy, but she will still send a sign in her own way. Don't be the creep that stands around bugging her all night. Let her move on.

If you're not sure if she's flirting or just being nice, you can still ask for her number. If she gives you an excuse that she leads a really busy life and has no free time, she's giving you a definite goodbye signal. If a woman is interested in you, she will drop other plans to hang out with you. She might be busy a few nights, but she will sug/gest another time if she wants to make it work.

If a woman is interested in you, she will drop other plans to hang out with you. She might be busy a few nights, but she will sug/gest another time if she wants to make it work.

Signs a woman is interested in a man don't include too many excuses. She would either find a way or make an excuse after you ask her out a few times. Sometimes you just have to understand she's not that into you. Take everything you know about signs a woman likes you, initiate a conversation, and show off your moves.

It can be tough sometimes to know how to tell if a woman is attracted to you, but you can figure it out if you catch her subtle signals. Remember to always act like a gentleman as you initiate a move. Don't ever seem like that weirdo stalking her in the corner. If you face rejection, smile and move on to the next woman. You can't win them all. Lastly, don't think she wants to marry you or even go home with you just because she shows interest. She might be open to texting or a phone call at first. Let her lead the way as you make the moves. Now that you know how to know a woman likes you, the ball is in your court to make the right moves.