What Do Women Look for in a Man 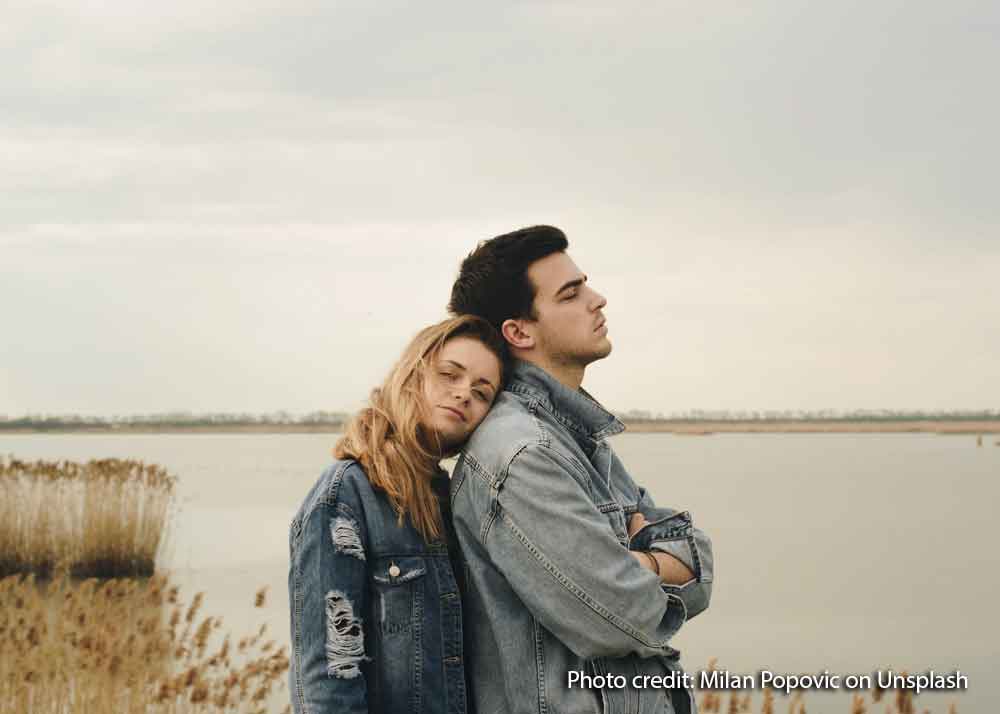 Certain dating gurus, when asked what every woman wants in a man, will pull out the best stock answers and deliver them with an intoxicating air of certainty, convincing loads of people that they absolutely know what they're talking about. That they've achieved mastery in the field of desirability. But the answers these gurus provide often obscure the complexities and nuances of real-world relationships.

We've all seen the lists and explainer videos. The fluff-piece, daytime-TV interviews. The host asks, "What do girls want in a guy?" And the expert smiles. A knowing smile. And then we hear a common refrain — e.g., "They want a guy who knows what he wants" — after which the expert will apply their personal brand of spin. A couple minutes later, the interview ends and the people watching at home, whatever their gender, are no closer to understanding how to decipher a woman's desires.

Which is not to say that most of those TV-ready experts are not genuinely interested in helping people find happiness. Many of them have the best intentions. But, for a bachelor plagued by loneliness or a bachelorette questioning her own tastes and standards, the experts' soundbites are terribly insufficient.

Perhaps the following list will be more helpful. Yes, this is another internet listicle. This one, however, is not coming from a self-proclaimed expert. It merely represents an honest attempt to tackle that age-old question: what do women really want? To that end, here's an imperfect list.

10 Things a Woman Wants in a Man

This is a tribute to all the experts who have tried in vain to teach the masses what women want in a relationship. Great effort was undertaken to avoid bringing up a certain mediocre Mel Gibson film from the year 2000. No disrespect to Helen Hunt.

Charm comes in a variety of flavors: goofy, sophisticated, woodsy, scary, sporty. None of them are correct — or incorrect — per se. The question is whether a woman is interested in a man's particular brand of charm, not the flavor. If she is, if she finds him funny and alluring, then start your engines! A great conversation, full of laughter and movie references, is an excellent starting point for some. Others might prefer to compare exercise routines. But — a bit of advice — if she's not actively moving the conversation forward, whether you have the same interests or not, you might want to try talking to someone else.

How's that heart of yours, bro? Is it chilling on a pier, Hawaiian shirt open, watching the sunset? Or do you wheel it around on a Hannibal Lecter cart, fully restrained? (I know it may seem counterintuitive to bring up The Silence of the Lambs in an article about the qualities to look for in a man, but bear with me.) Women — and men, it turns out — are humans, and humans are generally known for their rich inner lives. Sadly, men who constantly project toughness and fierce independence may never know the resplendence within themselves and their significant others. Openness is the root of all intimacy.

The Earth's ecosystems cannot survive without balance. Neither can your relationship. Men who do not work to maintain balance within their own minds — and in their perceptions of others — should not expect their wives or girlfriends to stick around for very long. Sound harsh? Well, sorry not sorry. This is what happens when you ask the internet what women like in men.

Bandwidth, a techie term used to refer to a network's transmission capacity, has assumed another meaning in the world of pop psychology. If you're a bad listener, you're probably suffering from low emotional bandwidth. Women want men who can help them process emotions. Reliable internet is nice, but a strong bond with a thoughtful, emotionally available partner is worth a thousand unlimited data plans.

Women tend to appreciate men who notice the little things. Attentiveness matters. Sensitivity (it's not a bad word, guys) matters. If you can speak at length about why you love a particular movie, band or sports team but can't be bothered to listen — with curiosity rather than judgment — when your girlfriend is speaking about something she cares about, then you ought to reconsider your priorities.

This one isn't about money. Generosity takes many forms and can manifest anywhere — in the kitchen, at the dinner table, in the bedroom. Women tend to gravitate towards men with generous spirits, while men who focus primarily on the self tend to find themselves alone more often than not.

Guys, this one's your vocabulary word for the day, your prize for googling "what do women want in a man." Equanimity is a condition of calmness and even-mindedness sought by many Buddhist monks. Think of the most difficult day you've experienced recently. Did you find yourself feeling severely rattled, frazzled or frustrated throughout the course of that day? Then you probably have not achieved equanimity. Many women take pains to avoid men who are quick to anger, who snap easily under pressure. So try to keep your calm, guys. When crisis strikes, focus on maintaining your composure and ensuring that those around you are okay. Be cool.

Of all the things girls look for in a guy, reliability is possibly the most boring. A decent, dependable guy will probably never show up to dinner half an hour late in full Joker makeup, but he will definitely feed his partner's cat when she's away. He'll pick up the kids on time and remember which snacks to get for movie night. He'll be an anti-Joker, helping to preserve a patch of sanity in an insane world. And girls will dig it.

This one is a little old-fashioned. Although the myth of man as protector seems a bit anti-feminist in modern times, it's not founded wholly on lies. The main problem with it is that it's incomplete. Meaning: men want to feel safe too. They often have trouble admitting such things — and, sadly, many of them regularly scold other men for what they perceive as weakness or risk-averse behavior — but a billion lifetimes of action movies and football games cannot erase the fact that all men are mortal, relatively soft creatures. Dress them up however you like — in chainmail or Kevlar — it won't make them invincible. They still get hungry. They still get cold and old. Which is why they prefer partners who can help them maintain safe households. And women want men who recognize this truth — that a happy, healthy partnership is only possible when both partners provide cover and care for the other.

A man who knows himself, having achieved a certain grace along the road to knowing, tends to move through life more confidently than all the ones who aren't quite sure. This applies to women as well. All people. And one of the best things about self-knowledge is that it involves becoming intimately acquainted with one's own ignorance. There's no shame in that. Which is to say that men who know themselves shouldn't be embarrassed to ask for directions. However, in the era of smartphone navigation, there are precious few opportunities to test this hypothesis.